DON’T BE AFRAID of the spitting cobra : The snake whisperer from Eswatini

I am absolutely delighted and honoured to have been invited onto the World Health Organization’s Snakebite Envenoming Roster of Experts.

In 2018/19 I was part of the WHO Working Group where we designed the Roadmap, and I remember the debate fondly when we set the target to reduce snakebite mortality and disability by 50% by 2030.

Working with snakebite victims here in Eswatini, I understand the need to end the suffering and to rectify this neglected disease. It is achievable, but it will take a global teamwork effort.

I look forward to contributing what I can, to achieve this goal.

Eswatini has a largely rural population living close to venomous snakes that cause an estimated 200 – 400 cases of snakebite envenoming each year. Species such as the puff adder (Bitis arietans), Mozambique spitting cobra (Naja mossambica) and the much-feared black mamba (Dendroaspis polylepis) are responsible for most serious cases. Indeed most of the world – 5.8 billion people – are at risk of encountering a venomous snake. Every day, 7400 people a day are bitten by snakes, which kills as many between 81 000 and 138 000 people every year. Around 400 000 have permanent physical or psychological disabilities, including blindness, amputation and post-traumatic stress disorder.

WHO has developed a global strategy to halve the number of snakebite induced deaths and disabilities by 2030 – the executive summary is released today (6 May 2019), and the full strategy will be launched at this year’s World Health Assembly. The strategy focuses on a combination of community empowerment and engagement, improved access to safe and effective treatments, measures that strengthen health systems and move countries closer to achieving universal health coverage, and greater cooperation and coordination between stakeholders in countries and across regions.

Eswatini is one of several countries demonstrating the value of a community approach. The WHO strategy on Snake bite envenoming  is a welcome strategy the for control saving lives and reducing morbidy and disabilities linked to snake bite. A condition which affects the poorest of the poor who also have challenges accessing needed support in case of a snake bite. The implementation of the WHO strategy for the control and prevention of snakebite envenoming will address all the key snake bite attributable challenges in Eswatini  and as a result contribute  to Universal Health Coverage  ” says WHO Representative to the Kingdom of Eswatini, Dr Cornelia Atsyor. “This month WHO will launch the new strategy and I am very pleased to say that one of the experts consulted in the preparation of this plan was Eswatini’s own snakebite champion, Thea Litschka-Koen.”

Community education is critical in changing attitudes and healthcare-seeking behaviours 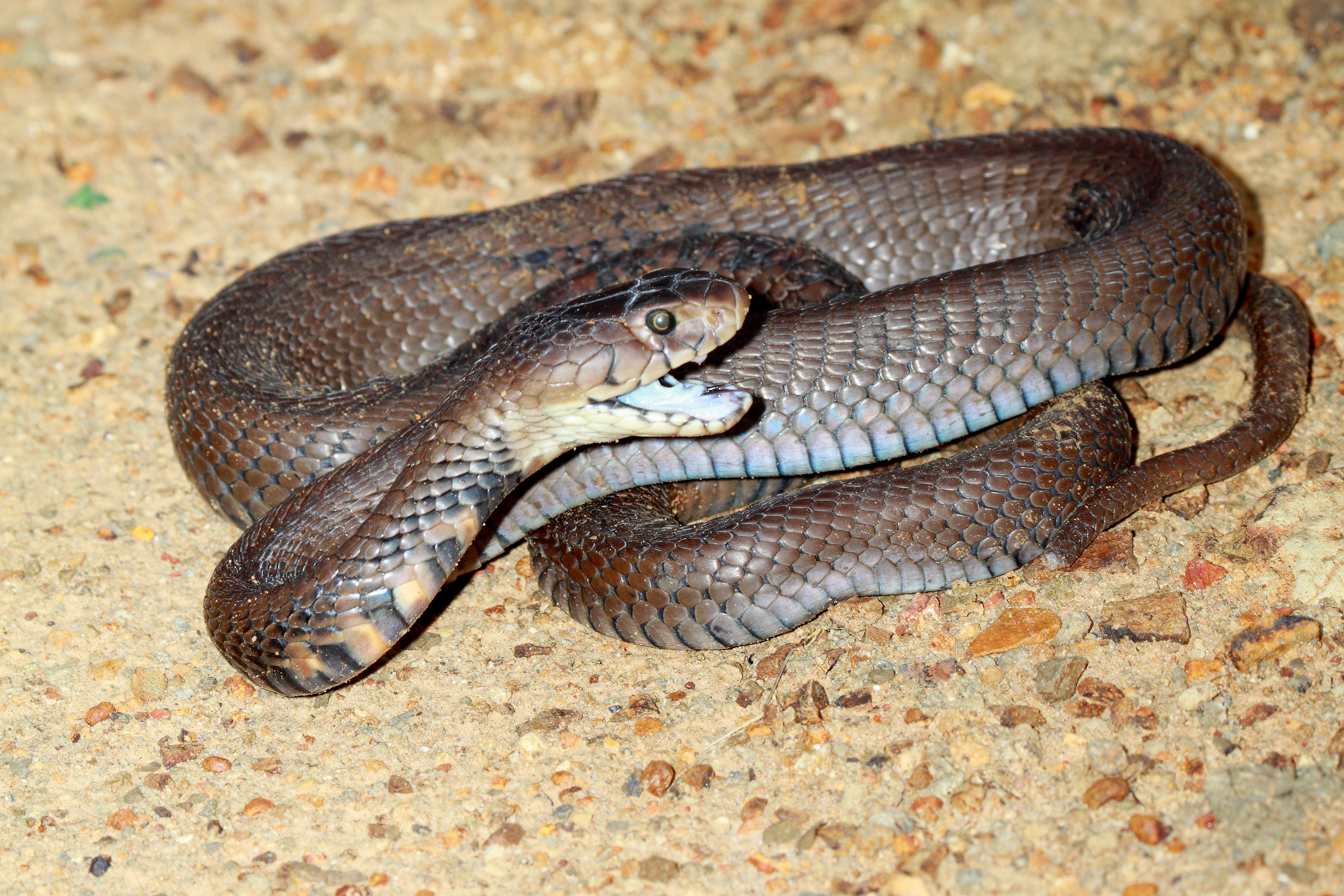 People in rural areas face nocturnal home invasions by the Mozambique spitting cobra (Naja mossambica). Bites can cause debilitating and long-term disability from necrotic toxins in the venom. Outreach programmes run by the Swaziland Antivenom Foundation teach people how to prevent unnecessary contact with venomous snakes, dispel myths and teach them which snakes are venomous and what to do in case of a snakebite emergency. 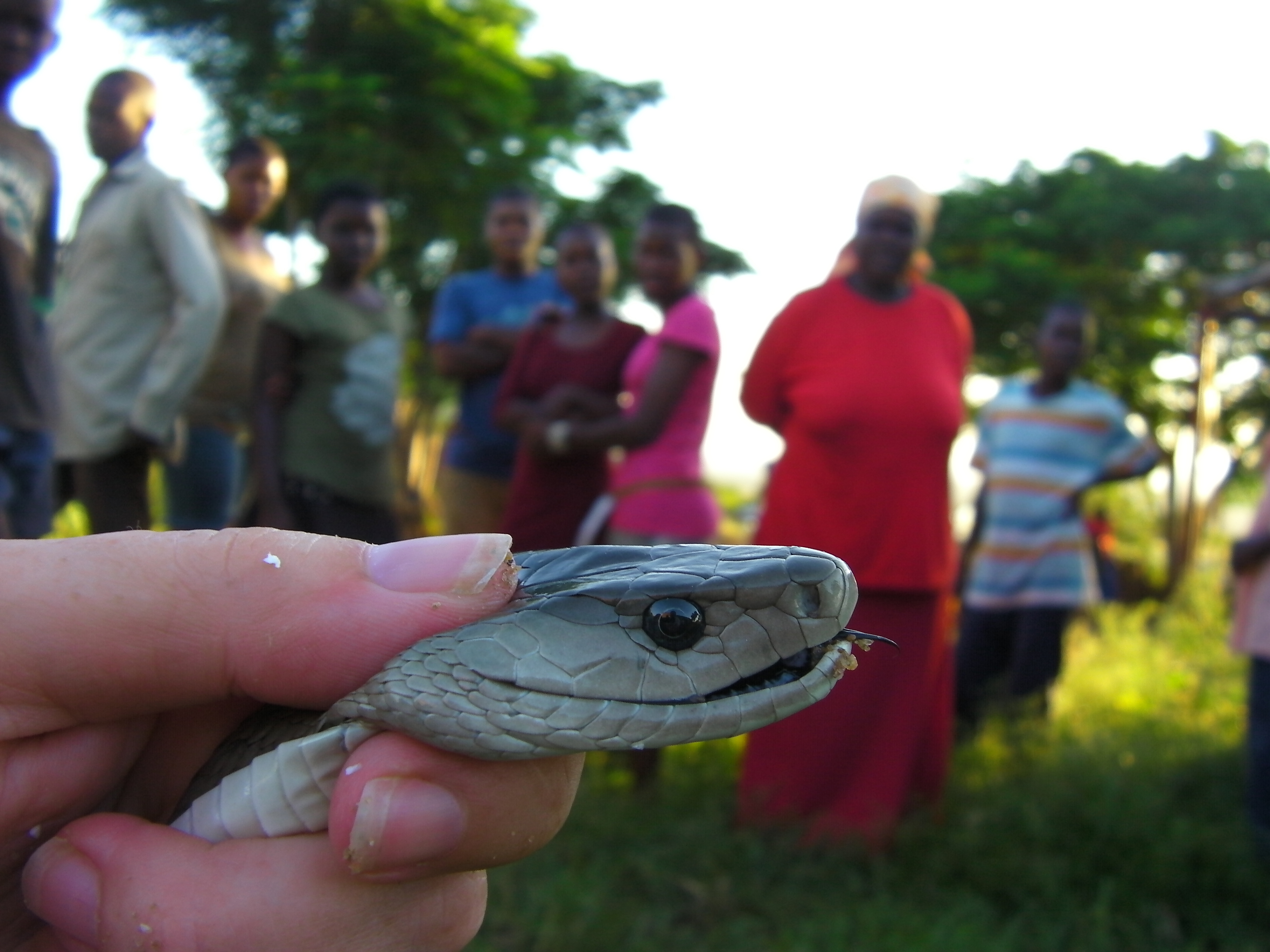 Educating people in communities in Eswatini about snakes and snakebite avoidance, and how to live safely in areas where venomous snakes occur, saves lives and limbs and is key to effective prevention and control. At the same time, the prevention of snakebite in communities has been bolstered by enlisting well-trained volunteer snake catchers to both remove dangerous snakes out of people’s way, and to preserve non-venomous snakes while also educating people and thereby maintaining the natural predatory balance between snake species. This reduces human-snake conflict and the risk of snakebite. 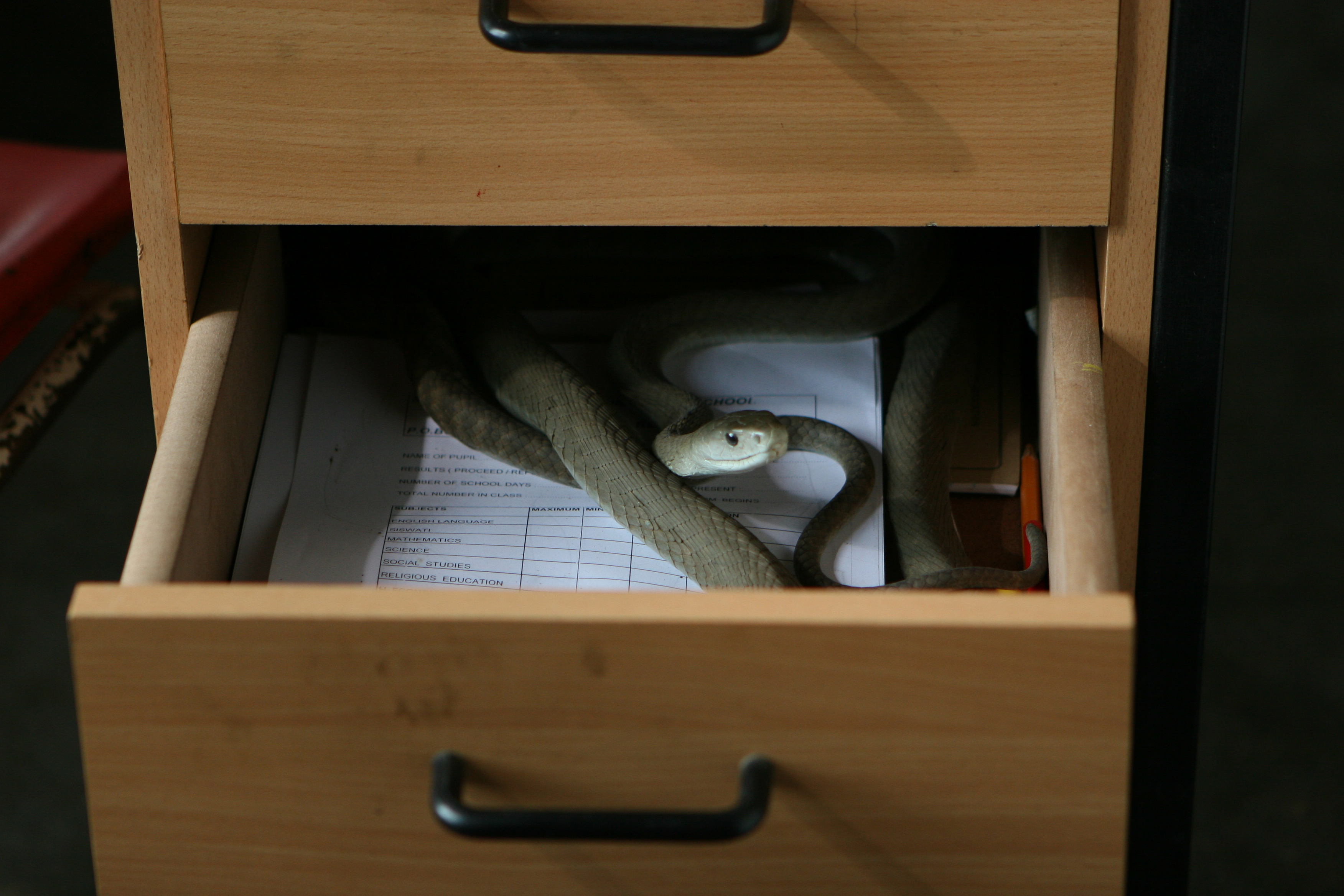 Who do you call when a 2-metre-long black mamba (Dendroaspis polylepis) makes its home in your bedroom cupboard? Eswatini’s team of well-trained snake handlers safely relocate dangerous snakes, avoiding the risk of a snakebite for members of the household, and ensuring the snake lives in its natural habitat. 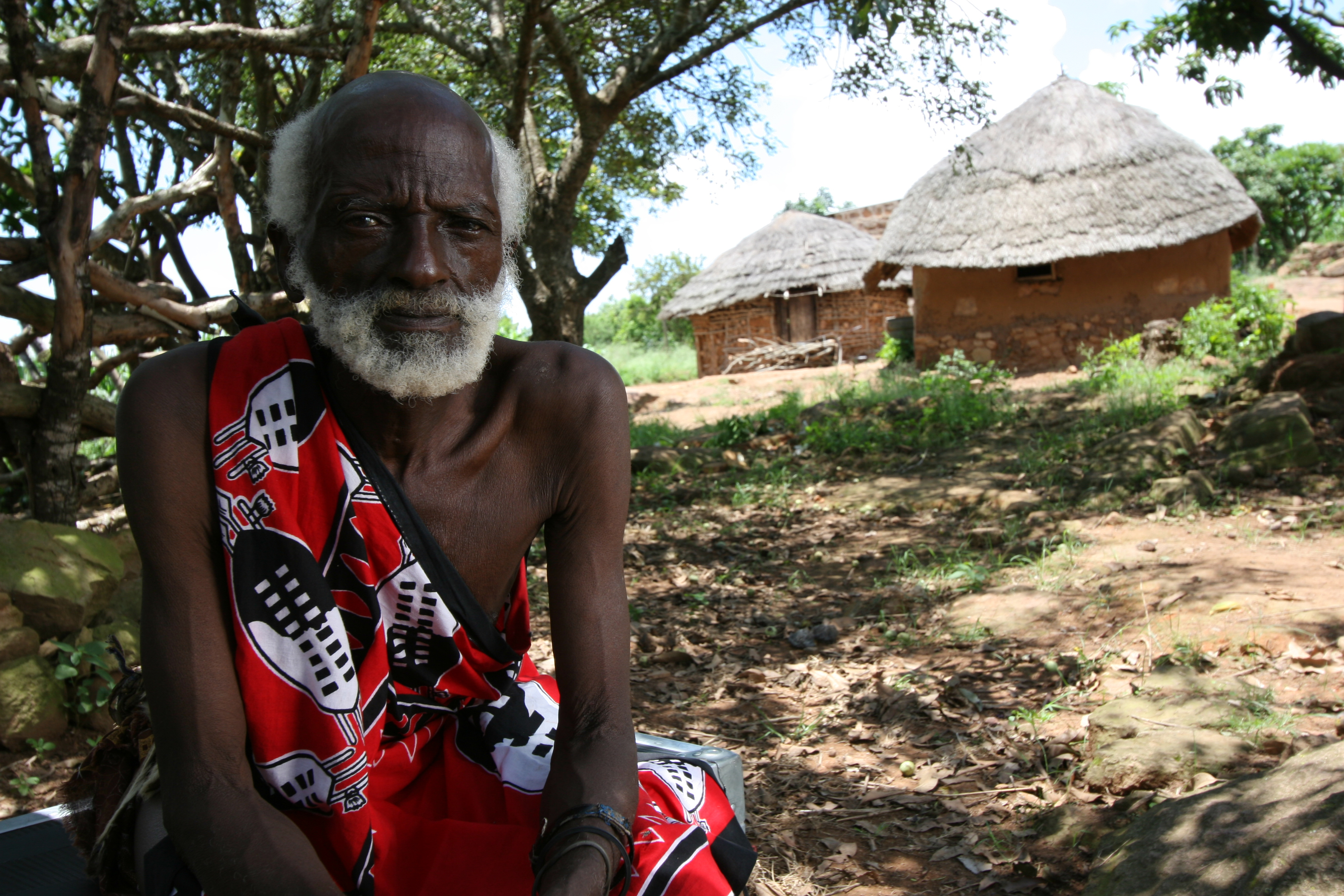 Traditional beliefs are an intricate part of Eswatini culture and for many people, there is much superstition and mythology surrounding snakes. Thus, traditional healers are often the first choice for treatment after a snakebite takes place. Training traditional healers to recognise the symptoms of the most serious effects of snakebite envenoming means they can now refer snakebite victims to health centres.

First responders are being trained in pre-hospital medical care 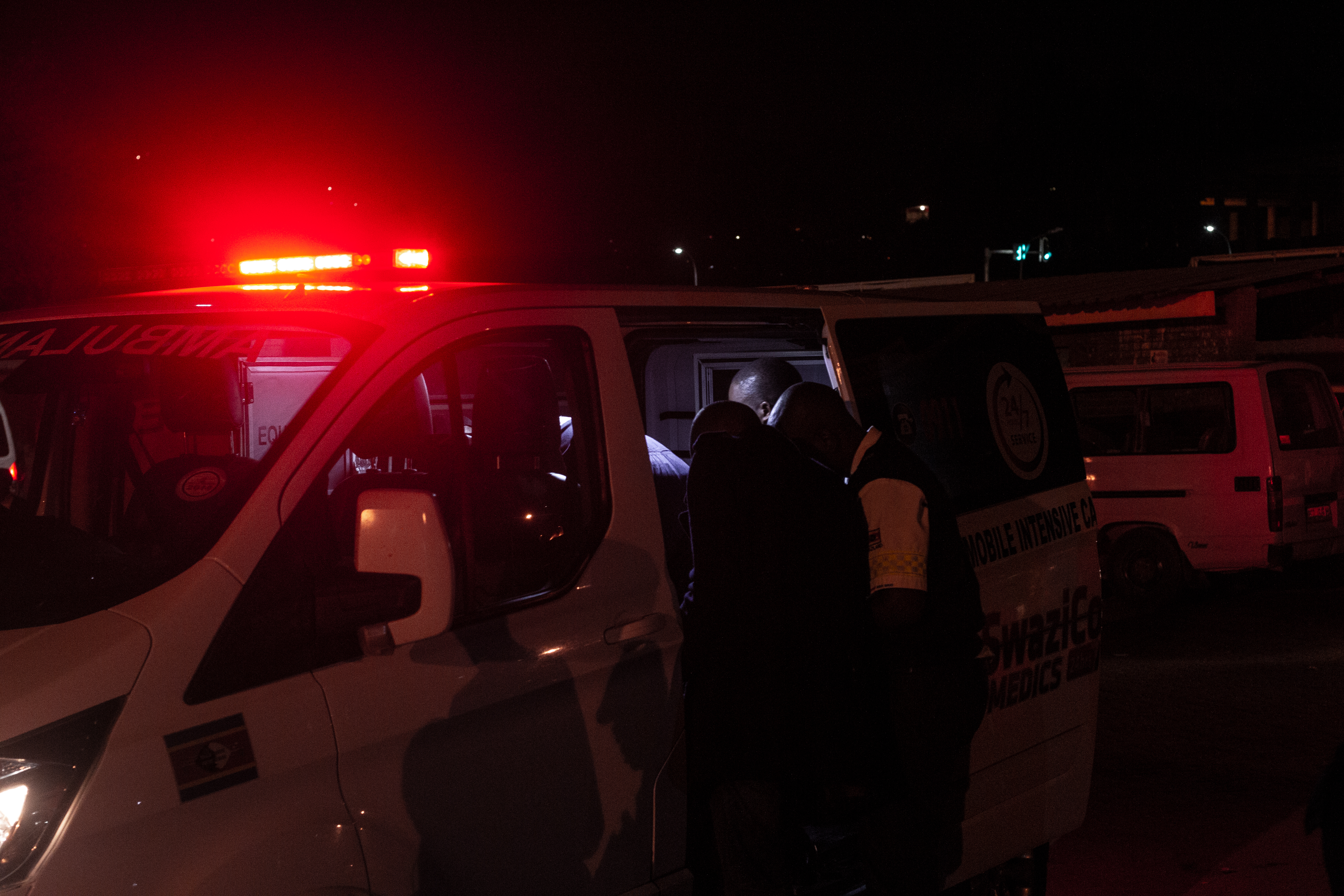 Early effective pre-hospital care and treatment for snakebite victims is an essential part of a functional first responder health service. Training first aiders and ambulance personnel to stabilise and safely transport snakebite victims to health care is an essential part of building a strong link between communities and health services. Implementation of a dedicated first response treatment protocol is improving time-to-treat, reducing mortality and improving tissue survival and recovery.

Training health workers to diagnose and treat snakebites is essential 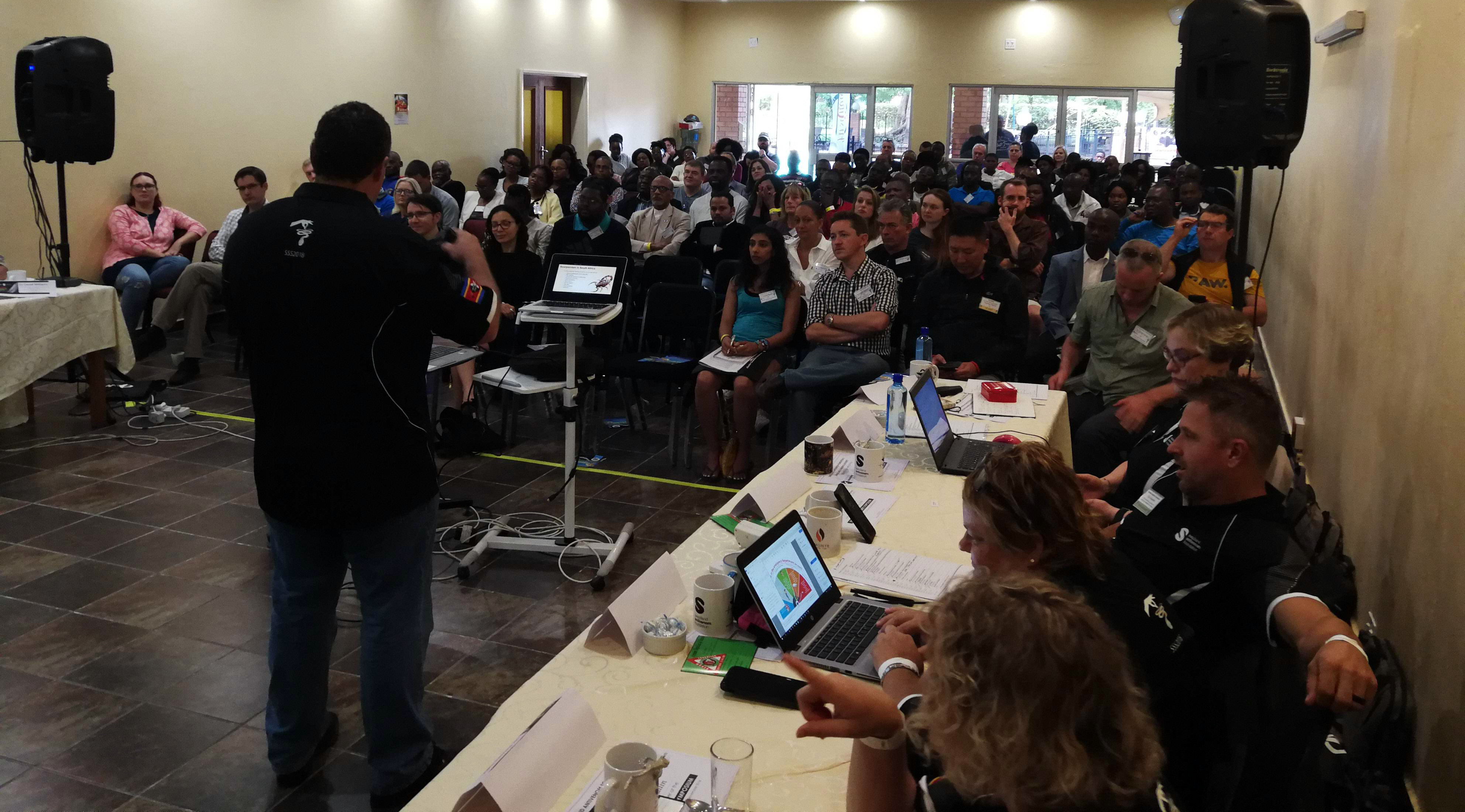 The Swaziland Antivenom Foundation brings local and international experts on snakebite together through an annual medical symposium on the subject that is helping to define and implement best practice. Emphasis on continuous and improved wound management and skin grafting techniques, for the rehabilitation after cytotoxic envenomation is helping to tackle the burden of disability due to snakebites. A species-specific, locally relevant medical management protocol has made the treatment of snakebite easier.

Local antivenom banks ensure that supplies are available to communities 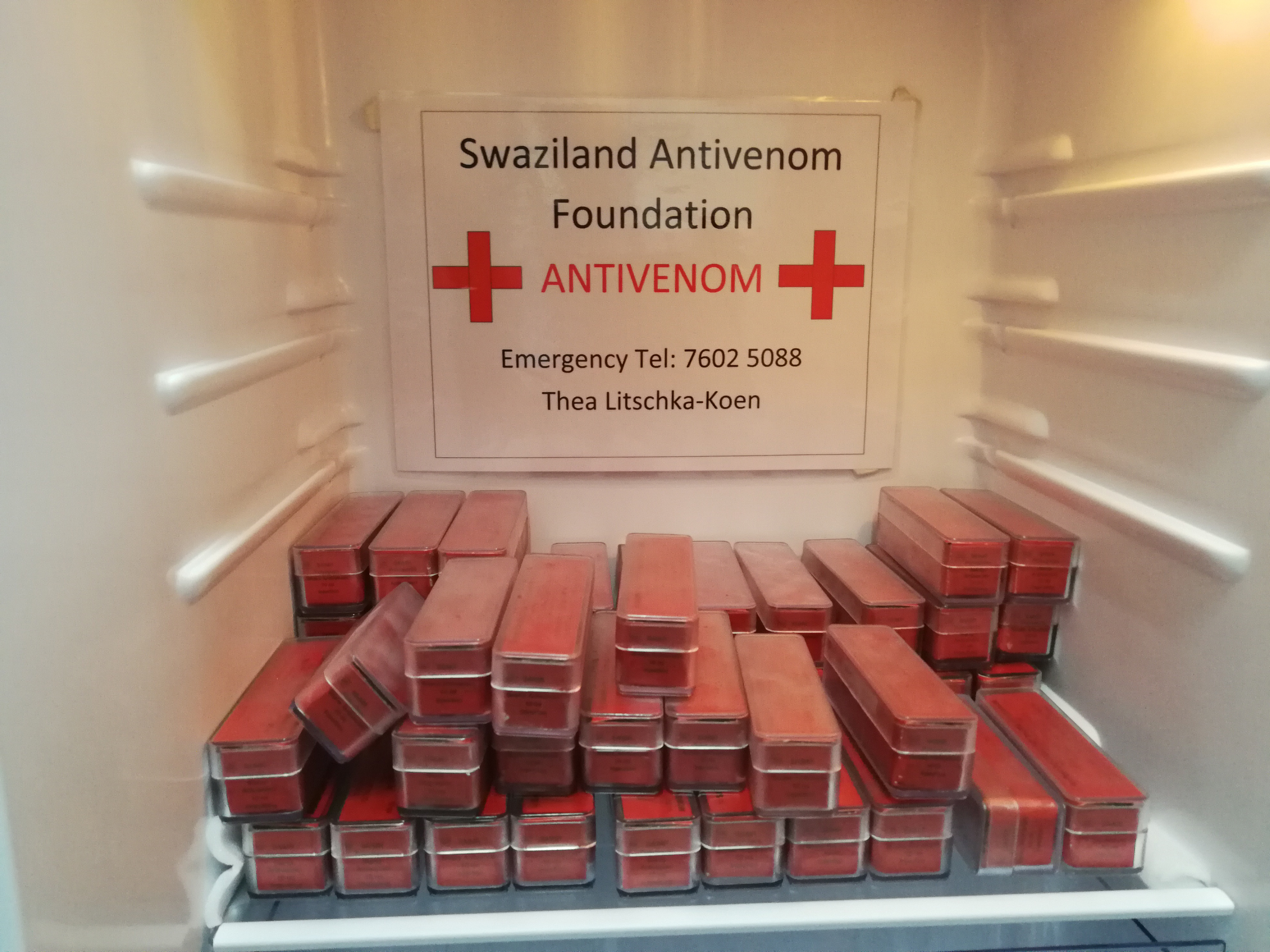 Around 2000 – 4000 vials of antivenom are needed each year in Eswatini, although it never has enough. The Swaziland Antivenom Foundation has established 11 antivenom banks across the country, funded by individuals and corporate donations, to maximise the use and effectiveness of this essential medicine.

Snakebite is physically and mentally traumatic, and can devastate lives 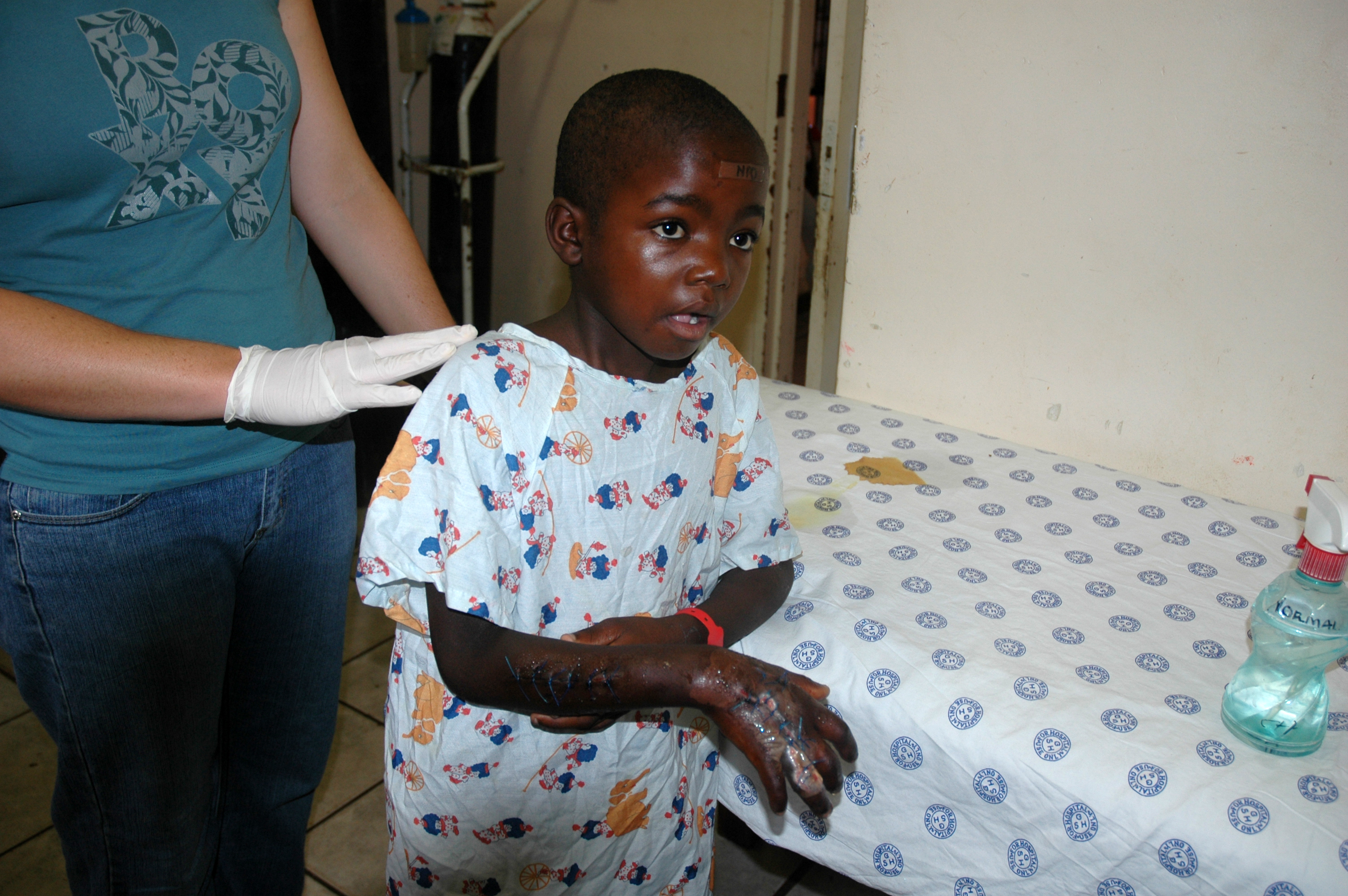 For every person who dies from a snakebite, another 3 – 5 people are left permanently disabled. Children can account for up to 45% of victims in some countries and the impact of disability on young lives is particularly damaging to communities. Many are unable to go back to their normal lives. For people who have the main income in a household, losing the use of a limb can make it impossible for them to return to work, sending their whole family into poverty and debt. Counselling and support is an absolute necessity after snakebite, but so too is the need to financially assist and support rural families recovering from mortality or morbidity of snakebite. 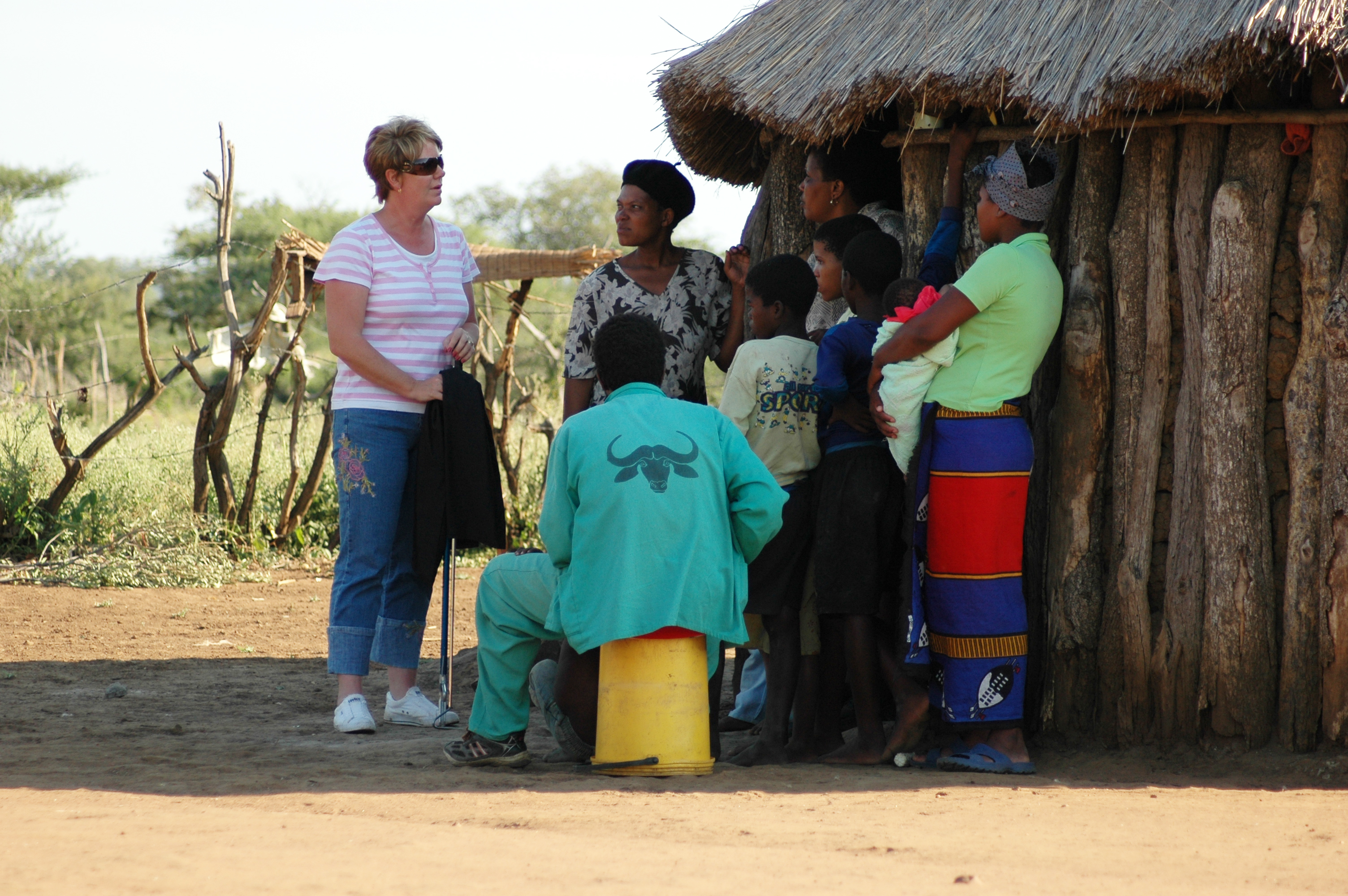 Improving our knowledge of the epidemiology of snakebite and the burden of mortality and morbidity requires a combination of sampling methods and technologies. In Eswatini, a mobile phone-based App for health workers will not only provide access to urgent advice from specialists and access to treatment protocols, but will also make it possible to record snakebite cases and upload the data to a central repository. But not all victims go to hospital, and it is important to work with communities to ensure that these cases are identified and reported so that government can allocate appropriate resources to effective case management.

Simple changes in behaviour, such as wearing shoes, can reduce the risk of snakebites 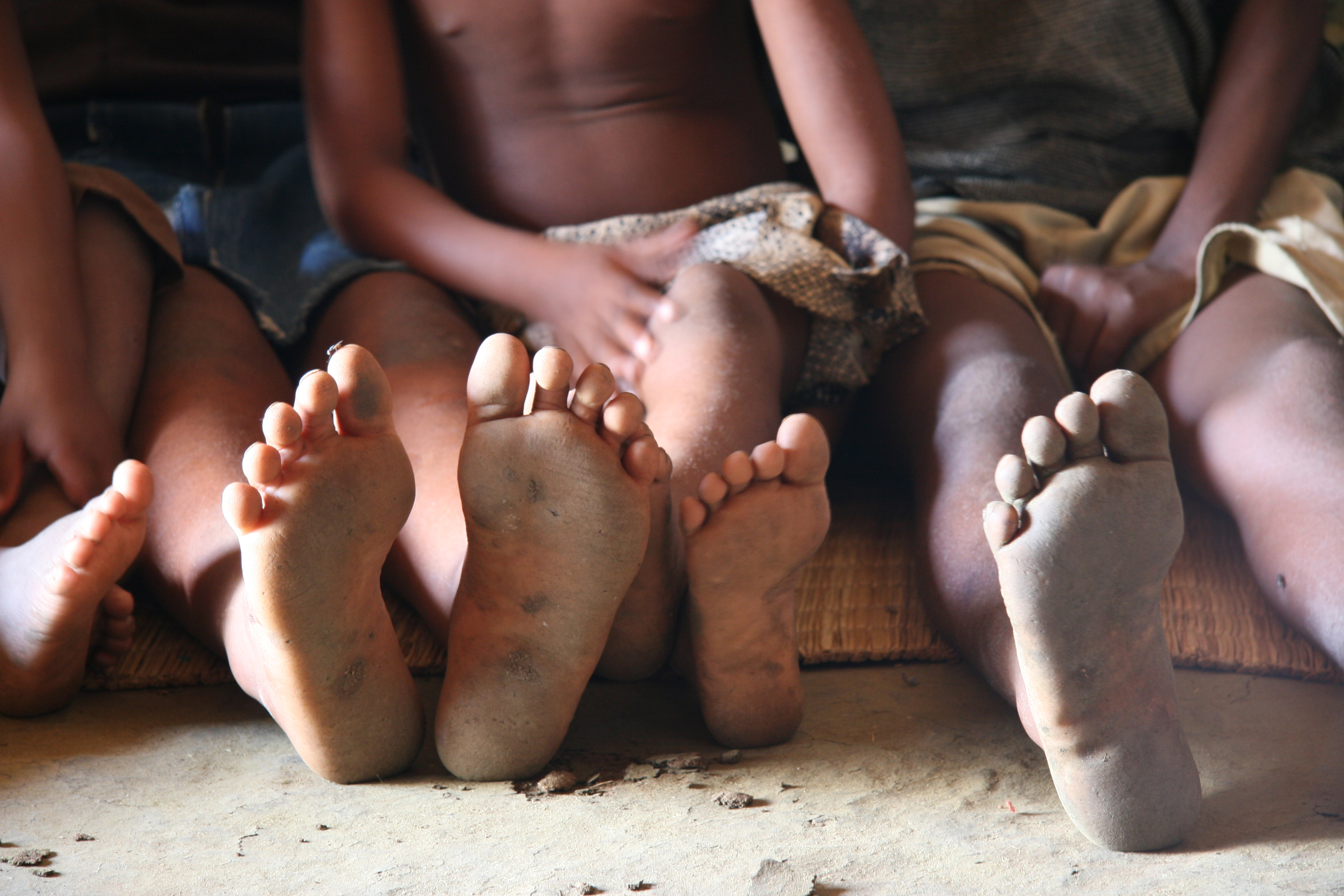 Engaging with strategic partners, health providers, antivenom manufacturers, funders, government and other policy makers is vital. But equally necessary is the need for behaviour change advocates. Some changes in behaviour can include sleeping under malaria bed nets to avoid contact with nocturnal snakes, or wearing shoes and clothing that protect the feet and lower legs,  which can also prevent malaria and soil-borne helminths. 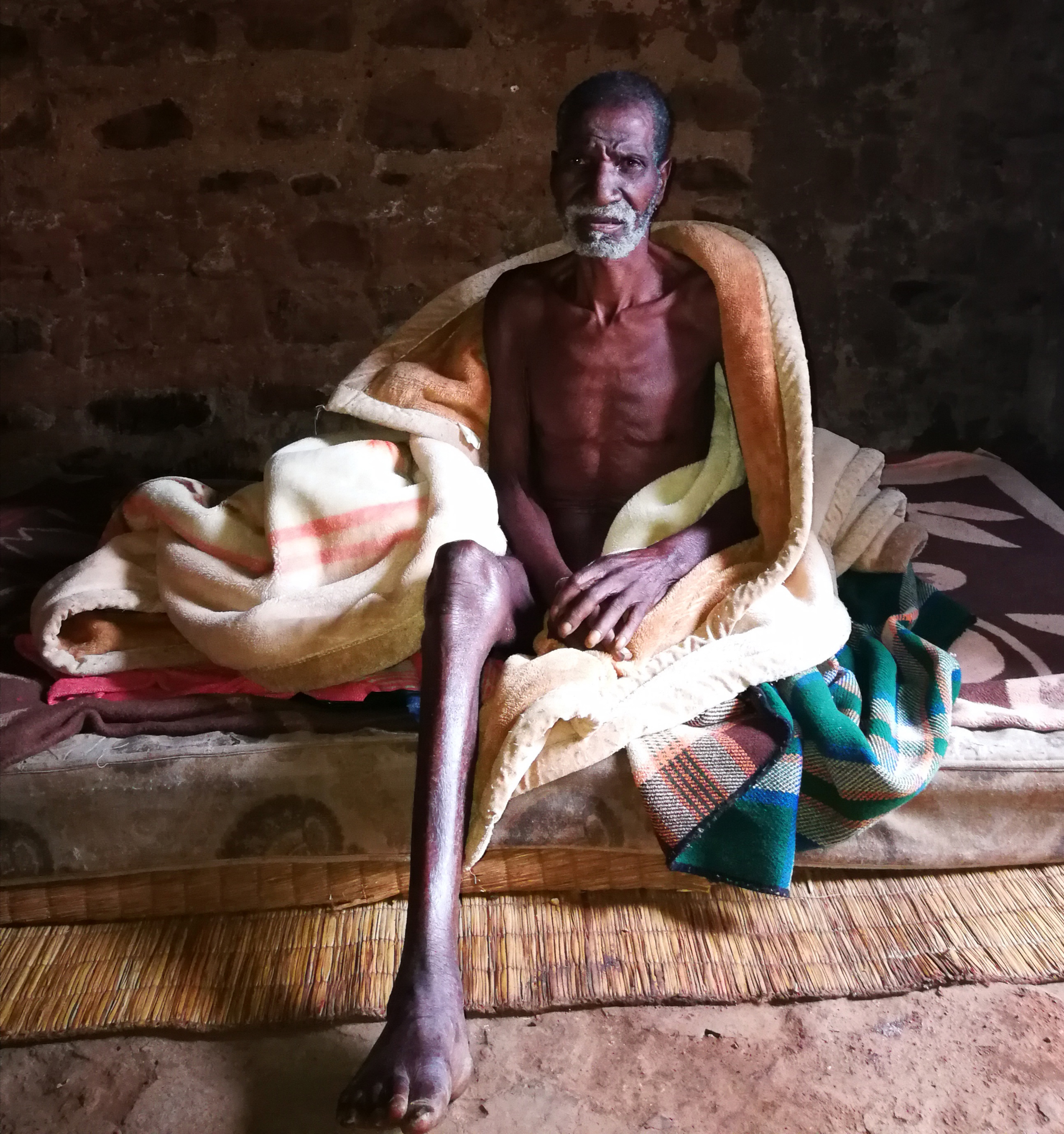 Mkhulu was a respected and proud subsistence Eswatini farmer until being bitten by a Mozambique spitting cobra changed his life forever. There was no antivenom available, and the bitten limb soon became necrotic leaving a large wound that simply would not heal, meaning he had to amputate his leg. When the the Swaziland Antivenom Foundation, came across him he was confined to his bed and full of bedsores. In his late 80s, he had never slept on a bed and was too weak to pull himself up to use a home-made crutch to move around the house, let alone get to his pit-latrine outside. The Foundation donated a new bed, a wheelchair and some much needed support, helping him to restore his dignity and his standing within his family and community.
Share
0

SNAKEBITE ENVENOMING A strategy for prevention WHO