Tony on a ventilator

Black Mamba bite to the neck

It was just after 8 am; little *Tony’s parents were not home. He had finished his chores and knew the day was his to enjoy! “Race you to the top of the tree”, he shouted before scrambling up to beat his siblings.

What Tony didn’t know, what that a Black mamba had taken up refuge in the very same tree, it was hiding in a hole – frightened by the noise of the children. As he reached the opening, the Black mamba struck out at lightning speed and bit him on the throat. 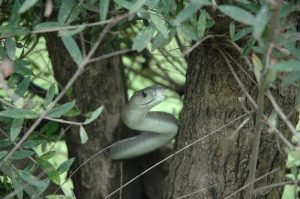 He fell to the ground, clutching the bite site, and screamed for help! The worst nightmare had just become a reality for this family.

At 12:15 pm, I received a frantic call from the Doctor at the Matsanjeni Health Centre. Tony had arrived unconscious and was in critical condition. A bite to the neck?? I couldn’t believe what I was hearing! In the background, I could hear the Matsanjeni medical team working frantically to help Tony. In 15 years of working with snakebite victims, I had never had to deal with anything remotely similar. Tony, only seven years old, needed a miracle to survive…..

Fortunately, the Matsanjeni Health Facility had just received ten vials of antivenom a few days before. It would buy Tony some time, but because he was already unconscious, it wouldn’t be long before the descending paralysis set in. He would need an ICU, despite receiving the antivenom – Tony needed to be transferred to a high care facility without delay.

Time was not on our side, the potent neurotoxic venom was slowly paralyzing Tony’s lungs, and soon, he would not be able to breathe on his own at all. 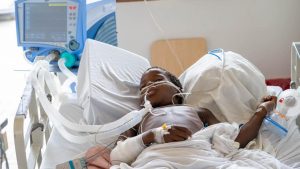 My heart beating frantically, I called 0911 Emergency services, who often assist the Antivenom Foundation. They couldn’t help. Their ambulances were busy transferring COVID patients – we were on our own.

The closest facility with an ICU and life support was 1.5 hours away…. would Tony make the journey? We had to try!

One phone call later, and without hesitation, The Luke Commission immediately jumped into action. A high care ambulance with a doctor was prepared and dispatched – but it would take too long for them to get to Matsanjeni. We didn’t have an option. Tony was deteriorating quickly, and the Matsanjeni vehicle would have to drive towards the TLC ambulance – every minute was precious.

Prayers said Tony was carefully loaded into a vehicle with a nurse, the Antivenom Foundation Research Assistant, and the driver. HE JUST HAD TO MAKE IT!

Almost an hour later, they spotted the flashing lights of the TLC ambulance – the relief was immense, but TONY was not out of the woods yet. He could no longer breathe on his own, and his lungs were almost totally paralyzed. He couldn’t open his eyes or even move his fingers. Tony had to be intubated before he was rushed to the medical team, who were ready and waiting to receive him.

At the Luke Commission, he was stabilized, placed on a ventilator, and assessed. He needed additional antivenom to neutralized the massive amount of venom the mamba had injected. And then all everyone could do was wait, watch and pray… Would he wake up? If he did, was there going to be any permanent damage?

Finally, there was a flicker of life. He had just moved his leg – or did we imagine it? No! He was moving! The antivenom had neutralized the venom, and his little body was recovering.  Tony spent 4.5 days on a ventilator, fighting for his life – with a medical team that refused to give up.

Only seven years old, he had survived a bite from one of the most dangerous and deadly snakes in Africa.

Tony would not have celebrated his 8th birthday two days later if it hadn’t been for the amazing teamwork and dogged determination from everyone involved. His parents, who rushed him to the health centre, the doctors and nurses at Matsanjeni who, without hesitation, quickly administered ten vials of the life-saving antivenom and then called the Eswatini Antivenom Foundation for assistance. And, of course, to the team at TLC who did everything they could to save this young boy’s life. 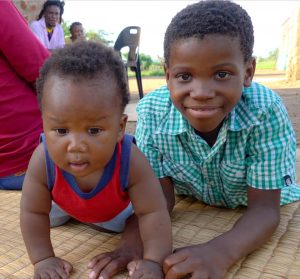 Despite all the challenges, obstacles, and during a pandemic, we all worked together to fight to save this precious life. THIS is how it is done in Eswatini!

Today, Tony is back at home with his family. He has an unbelievable tale to tell to his children one day. We all wish you well, Tony!

**The parents of this sweet boy agreed for us to share this miracle story of their son. 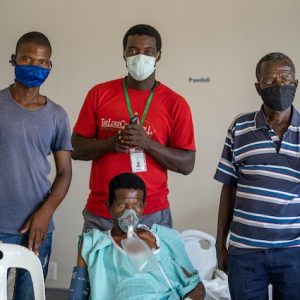 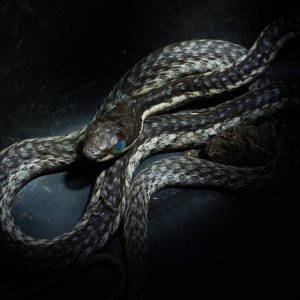 DON’T BE AFRAID of the spitting cobra : The snake whisperer from Eswatini